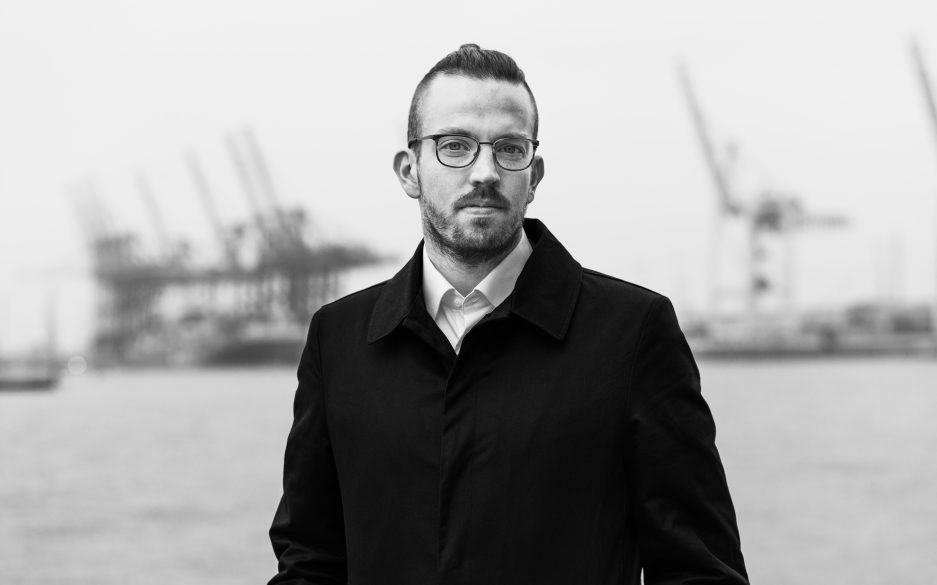 January 6, 2021 offered a dramatic start to the new year: A mob of Donald Trump supporting rioters stormed to the U.S. Capitol to disrupt the vote count of the Electoral College and the certification of Joe Biden’s victory. These incidents represent a frightening (and potentially only temporary) climax of a democracy-threatening rise of the far-right in the US and they constitute a strong warning signal in the context of a world wide ascent of far-right actors, parties and movements.

Germany should take this warning seriously and consider the implications for its own political situation. Far from coming out of nowhere, the riots were grounded in far-reaching dynamics which go back well before Trump’s presidency and which can be witnessed not only in the USA but elsewhere too. While there are considerable differences between the USA and Germany (in terms of the political system, the media landscape and the current strength of the far-right), there are indeed lessons to learn about the rise of the far right, the threat it poses, and how to counteract it.

The responsibility of the conservatives

Looking at Germany, there is currently a cross-partisan consensus of non-coalition and non-cooperation with the right-wing populist and partly extremist AfD. However this consensus is under pressure and potential breaking points are in former East-Germany. In all of the “Neue Bundesländer” (with the exception of East-Berlin) the AfD is the strongest opposition party with a voter share of above 20%, while at the same time some of the most radical wings of the party are located here. This constitutes a dangerous combination of a party hard to ignore and especially dangerous to cooperate with. The political explosiveness of this combination was impressively shown by the major government crises in Thuringia in early 2020 and indeed there are tendencies within the CDU as well as the FDP to open the parties towards cooperation with the AfD. The difficult political landscape in former East-Germany will remain a major challenge for the leadership of both parties.

A (potential) death spiral of hyper-polarization

“And if one thing is clear from studying breakdowns throughout history, it’s that extreme polarization can kill democracies.”[1]

In the first days after the events at the Capitol, a lot of attention has focused on the four years of Trump’s presidency and the undeniable damage he and his enablers and supporters have caused to democracy. However, this perspective fails to account to the fact that Trump is just the most recent development in a decades long process of poisonously affective polarization. Affective polarization shows itself less on political issues and more in the increased rejection of the political opponent. And this in the US context since decades ever growing and by now deeply rooted hostility goes far beyond healthy political opposition. Levitsky and Ziblatt show in their book that democratic norms like mutual toleration between political opponents and forbearance, which means the self-restraint of the usage of political power, lie at the very heart of a stable democracy and their absence constitutes a fundamental threat to it. And exactly these norms have been constantly under attack by both political parties (more by the Republicans than by the Democrats as shown by Levitsky and Ziblat and others) for decades in a death spiral of political hostility. The results are complete neglect of the other party and an unprecedented implementation of anti-democratic practices like Gerrymandering, the politicization of courts and the extension of unchecked executive orders to fight the political opponent.

So what can Germany learn from this situation? First of all, we need a reminder that talking about the dangers of hyper-polarization is not and must not be a gagging order for political conflict and disagreement, nor a call for headless consensus by any means. As Alice Thwaite points out in her inspiring piece “How can we be different and still get along”, disagreement and dissent are the embodiment of democratic values like diversity and pluralism and democratic strengths like innovative thought and disruption. Building on this, conflict and debate are the promise that the societal wrongs of the status quo can be fixed in a non-violent way and that adaptation to a changing world is possible. But, as Thwaite argues, often it is less about whether you disagree but how you disagree. It is not about the dissent itself, but whether you are able to dispute while still recognizing and respecting each other. It is about the value and the importance of democractic culture, about mutual recognition and forbearance as highlighted already by Levitsky and Ziblatt, and about the ability and the willingness to accept disagreement and to endure the resulting cognitive dissonance. So the danger of polarization is not about disagreement but about the undermining of democratic norms.

And while, in terms of affective polarization, Germany is far from the current US situation, these norms are also contested there. When the first argument of this text was a reminder for the conservatives and liberals, this second argument is one for the whole political spectrum from the left to the right, from progressive to conservative. It’s a reminder that these norms are hard to rebuild once they are shattered. And it is the responsibility of all democratic actors, parties, activists and citizens to build, sustain and defend the democratic culture and the democratic norms and to exercise themselves in mutual recognition and forbearance.[2]

Why this is a digital crisis, why it’s not and what we need to do about it

One of the first suspects for causing this fateful spiral of affective polarisation is digital media, accused by many journalists, politicians, and researchers. However, there are strong reasons to argue that the decay of US democracy is not (only) rooted in the digital world. As already highlighted in the second part of the text: The deep polarization of the political landscape, which arguably has created the political environment for Trump to be successful in the way he was, has begun decades before digital media became a relevant medium. It is rooted in fundamental societal developments and structural factors like social and religious realignment in the supporter bases of the parties, growing economic inequality and the long history of racism and white supremacy in the US.

If we try to understand the potential role of the media, we should be aware of the booming “conservative” media network, from talk radio to Fox News. These media outlets are increasingly separated from the rest of the media landscape and they are highlighted as a major driver of the growing radicalization of the right – but this is a general media phenomenon and not specific to digital media. Furthermore, considering the role of digital media specifically, there is a broad body of studies who question its impact on Trump’s electoral successes.[3] To exemplify these doubts about the role of digital media: Benkler et al (2020) show that the narrative of supposed election fraud did not need digital media to overgrow the political landscape. It has been part of the political campaign of an elected president of the USA, who has ample access to traditional media. Accordingly, the narrative found widespread resonance in traditional media. Any analysis which only focuses on digital media and ignores the non-digital factors will fall short in actually understanding the backstory of the incidents.

At the same time, there is no doubt that digital media heavily factored into what happened, but in other ways: In the last years and months there has been an overwhelming upsurge of conspiracy theories, dis- and misinformation and hateful and polarizing content on digital media. Supported by the engagement-driven design of digital media, which too often favors radicalization and amplifies such harmful ideology, this content and the actors who produce it have created digital counterpublics of conspiracy theories and hate. These counterpublics reach out into the mainstream by dominating the media agenda, as impressively shown in the 2016 US election. In addition, they contribute to the radicalization and polarization of not necessarily societal majorities, but of highly politicized minorities. As these politicized minorities often include political influential party members, activists and opinion leaders, their radicalization and polarisation will radiate back into society. Finally, these digital counterpublics enable extreme political outsiders to remain as extreme and radical as they are. It allows them to circumvent established media and political institutions as they no longer depend on these institutions, they can attack them with a newly won fierceness.

Similar to the US, also Germany needs to acknowledge and tackle societal developments and structural factors feeding into the rise of the far-right. These structural factors include disparities between former East and West-Germany, dissatisfaction with political institutions, the democratic system and immigration. With this in mind, it should clearly be said that “Let’s regulate Facebook” will not fix the democracy-threatening success of the far-right. But also in Germany, the rise and the radicalization of the far-right is closely intertwined with digital media. Similar to the US, also here the far-right managed to build an ecosystem of websites, platforms and apps which constitute digital counterpublics of prejudices and hostility towards minorities, conspiracy theories and distrust in political, media and scientific elites and institutions. And also here, these counterpublics are thriving in crises like the Covid-19 pandemic. Therefore, Germany and Europe should try to learn from the US gridlock around any meaningful regulation attempts of digital platforms in the last four years. They need to realize that they might indeed be in a unique historical opportunity window. A window where they have democratic majorities to work on regulation initiatives like the Digital Service Act. A window which they should use to build and shape digital platforms in a way that they enable constructive discourse and support democracy instead of undermining and challenging it.

A shorter version of the article was published at the Media Research Blog.

[2] You might recognize that there seems to be some kind of logical conflict between the call for the exclusion and isolation of the far-right and the call of mutual recognition and forbearance as both appear to be somewhat contradictory to each other. This refers to the well known tension of how to deal with political actors in a democracy, who use their democratic rights to attack democracy itself. The German constitution can offer a helpful perspective on this tension: Trying to learn from the demise of the Weimarer Republic, the constitution envisions the Bundesrepublik as  “streitbare Demokratie” (poorly translated as “defensive democracy”) which needs to be able to defend itself. It therefore allows for the exclusion of political actors or ideologies opposed to the core of the constitution (the “Freiheitliche demokratische Grundordnung”, poorly translated as “liberal democratic basic order”). For example in form of limitations to the freedom of speech or in form of bans of respective political parties. Applying this logic to the highlighted tension between the first and the second argument of this text, it can be said: Yes, an exclusion of a political actor can be justified and might even be essential, if this actor is threatening democracy itself. However, the call for such an exclusion must always be handled with extreme carefulness as a light abuse of such a call for some gain of political ground can become a threat to democracy itself.

View all posts by Jan Rau